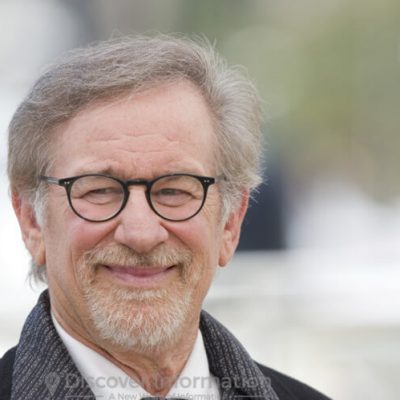 Some uncommon facts about Steven Spielberg from his movies and life

Steven Spielberg is a name that has inspired and influenced generations and different age groups of people. Not only that, his movies through four decades have spanned several themes, path-breaking concepts and experimental genres. With adventure thrillers and science fiction movies like Jaws and Close Encounters of the Third Kind in the 1970s, Spielberg’s directorial ventures in Hollywood began and since then there was no looking back. He started off with directing for the television and it was Universal Studios that offered him his first TV films and then the director’s chair for the horror-thriller, Jaws that became his first step to the showbiz world.

Here are some more lesser known facts about the renowned and highest-grossing director of Hollywood who has produced and written many of his films:

Empire of the Sun is his darkest film, said Spielberg

Christian Bale’s debut film, Empire of the Sun is believed to be Spielberg’s darkest movie till date. He said, “I made a movie to satisfy me, not the audience,” adding that “It’s as dark as I’ve allowed myself to get.”

His net worth has been estimated to be worth three billion dollars by Fortune and he is the highest-grossing director whose early film, E.T. is one of the highest grossing films of Hollywood, the writer-director chose not to take a single penny for his role in making Schindler’s List only because he believed that the money he would receive would be ‘blood money‘.

Raiders of the Lost Ark was an adventure thriller that motivated the film craftsman to create its sequel in the form of Indiana Jones and the Temple of Doom as he strongly believed that if he did not create the sequel, somebody else will. These insecurities and “pangs of separation” as he called it, were responsible for the direction and creation of Temple. He was quoted saying, “I got a little bit jealous, and I got a little bit frustrated.”

Close Encounters of the Third Kind and E.T. were different from how they are now known as

It was UFOs, political scandals and a whistle blower’s act of creating awareness about government’s move to conceal about aliens that formed the initial script of Close Encounters of the Third Kind. However, after much rewrites that also involved Paul Schrader of Taxi Driver fame that had been rejected by Spielberg and his team, after which the final script of the movie was penned down. E.T., meanwhile, was initially set to be a horror flick where aliens petrify a family living in the villages.

Steven Spielberg’s creativity is indomitable and unsurpassed. A movie adapted from H.G. Wells’ novel, War of the Worlds was originally intended to document the apocalypse of 9/11 and the aftermath of the tragedy that finally came out to be a family movie. He said about the film, “I never made War of the Worlds for a family audience, it was a very intense post 9/11 apocalyptic movie about the end of everything.”

He described the time between his graduation days and finally his degree for B.A. in Film and Video production in 2002 as the longest post-production schedule. To secure the degree, he submitted Schinder’s List as his student film.

Spielberg had to direct Indiana Jones and the Last Crusade to apologize for Temple of Doom.

Steven Spielberg has never tasted a single cup of coffee

As shocking as it may sound, Spielberg never drank a cup of coffee in his lifetime as he dislikes the smell of coffee. “I don’t drink coffee. I have never had a cup of coffee in my entire life. That’s something you  probably don’t know about me. I have hated the taste since I was a kid.”

It is even more difficult to believe but is true to the T that Spielberg could not complete his education as he became the youngest director to be signed for a seven-year contract by Universal Studios for TV films and finally got his degree in 2002 at the age of 55. He was a victim to massive bullying in his school days because of his inability to read due to dyslexia which he was not diagnosed with until late. Spielberg first married Amy Irving, his actress from Close Encounters, who he started dating early on in her career, but separated after their professions started creeping in to their personal lives and later again revived their romance to get married in 1985 to get divorced four years later. Spielberg for the second time married Kate Capshaw, the lead actress in Indiana Jones and the Temple of Doom and is a parent to seven children of the Spielberg – Capshaw family.

Apart from these, Spielberg is also known for his active contributions to video games – he was responsible for building on an idea for a WWII shooting game that came to be the first “Medal of Honor” game.