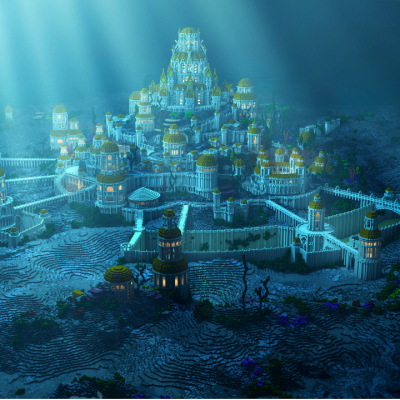 Revisiting The Mysterious Land Of Atlantis

Everybody loves a good mystery. Whether it emanates from the pages of a dog-eared Agatha Christie novel or conspiracy theories conjured up by “experts”, there is no end to efforts being made to demystify phenomenon that plagued the earth now and in the past. One of the topics at the top of such a list would be about the long-lost island of Atlantis. Believed to be hidden by the expansive waters of our planet’s oceans, there have been numerous stories about the magical isle and morals that warn us about what could happen to the future of our generation if we were to meet a similar fateful end. Let’s revisit the mysteriously magical land of Atlantis and all its fabulous possibilities: No one really knew of the existence of Atlantis until it was mentioned in the work of Plato – Timaeus and Critias – where the Atlantans attacked ancient Athens but failed to conquer, due to the latter’s “ideal state” and later fell out of favor with the gods that resulted in the land diving to the bottom of the ocean. He claimed that it existed some 9,000 years before his present day and that it was located beyond the Pillars of Hercules. Many other philosophers, especially from the Renaissance period referenced Atlantis, but only because Plato did it first. Most notable was in Thomas More’s Utopia.

Ever since the European lot traversed the world and discovered new lands, there was rife speculation among them about the existence of Atlantis. When they came upon the New World, they made the connection between the ancient Mayan civilization to that of the lost isle. The former disappeared suddenly, but the best part is that they left behind a rich heritage – complete with a calendar and huge pyramid-like structures that spoke of their religiously cult past. Though there isn’t any physical evidence of Atlantis, many believe it faced a similar fate to that of the Mayans.

There are many who believed and tried to convince others, that Atlantis is located in the Bermuda region. The Bermuda triangle itself has been at the centre of some of the most weirdest theories since it is said to have swallowed up many a missing ship and airplane alike. This region has been seldom explored and is avoided by travelers who prefer preserving their lives instead of delving into the mysteries of the deep. But anyhow, that’s crazy talk and doesn’t hold significance among the archaeological and scientific community.

Though there is no substantial evidence to prove any theorist either completely right or terrifically wrong, what we can learn about a land long lost but not forgotten, is that we need to preserve our own and that the way we seem to be currently polluting it means that we, too may find ourselves and heritage at the bottom of an ocean, never to be found again – merely a mystery to the annals of history.

You will also enjoy reading these articles: